Northern Nigeria is the largest region in Nigeria by both landmass and population. It comprises more than 100 ethnic groups in 19 states, which are grouped into three distinct geographical and political zones. This article provides an overview of the opportunities available for music practitioners in Northern Nigeria, showing that despite serious concerns around censorship, support for music may come from a variety of sources. It will also discuss the available platforms for recording, promotion, distribution and training in the region. 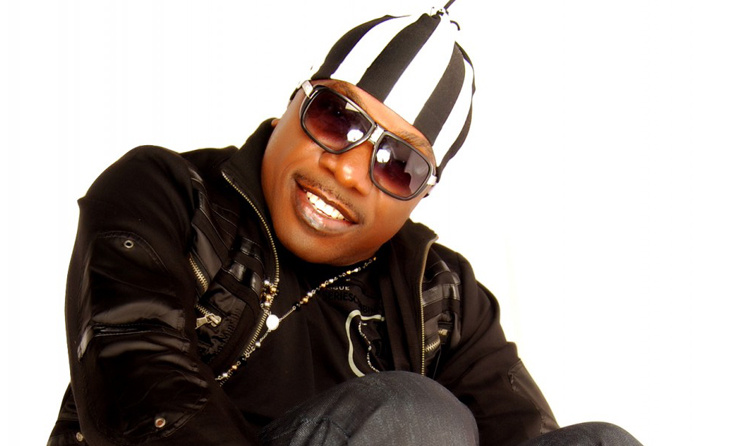 Music stars from Northern Nigeria such as Funkiest Mallam and Zaaki Azzay launched their careers through support from the government. Funkiest Mallam’s first album Binta Na Ke So was sponsored by and recorded at the Federal Radio Corporation of Nigeria (FRCN)

[1], while Zaaki Azzay first rose to prominence by imitating the songs and dress sense of other popular musicians. He recorded his music in the studios of the Nigerian Television Authority (NTA)[

[3]. Similarly, the maiden edition of Kaduna’s Annual Music Festival, which took place in December 2015, was a partnership between the Kaduna State government and corporates like Sterling Bank, Zenith Bank, Etisalat and IHS Telecom

[4]. Regional governments will sometimes sponsor music events with the goal of attracting commercial investment into the area, as with the Plateau State government, which has sponsored a variety of events in the state’s capital, Jos

[5].There have been many examples of direct corporate sponsorship in the staging of music events in Northern Nigeria. In October 2015, Airtel collaborated with Talk Crew Network (TCN) to host the Kaduna Independence Carnival, a two-day event held in Sabo, Kaduna State

[6]. MTN sponsored the Pulse Campus Invasion at the University of Jos in 2016

[7], and Globacom has emerged as an important sponsor, with the Glo Mega Music Nationwide Tour bringing several concerts to Northern Nigeria in 2017

[8].Finally, through the concerts and events that they organise, churches also play their part in supporting artists in Northern Nigeria. Some notable examples include the Life Impact Church in Kaduna, which hosted the second Annual Gospel Music Awards (GomAwards) in December 2014. Others include the Christ Embassy, House on the Rock and the Latterhouse Church, all found in Jos, and which regularly fund and organise music concerts

In the absence of established record labels, musicians in Northern Nigeria depend on recording studios. Mostly found in Kaduna and Jos, some leading studios in the region include Belsha, BAME, Studio 911, Xtreme, LMX and W Sounds Studio. Funds for the maintenance of these studios are generated from money paid by artists, who at the time of writing (2018) were being charged about $22 for a six-hour session

[10]. Studios in the region also run competitions where budding artists can win free studio time, money towards producing a music video and other forms of promotional support

[11].Some artists may be ‘discovered’ by the owner or manager of a studio and sign a contract with them. Usually this does not provide the artist with financial remuneration, but free studio sessions are part of the deal.

Technical training in various aspects of music is offered in Jos, at centres such as the Nigerian Film and TV College, the Panam College of Music Ministry (founded by gospel artist Panam Percy Paul) and the Lani Stephens Music Institute.

For emerging artists in Northern Nigeria, income is largely generated through the sale of CDs in music stores, with these stores acting as de facto distributors in the region. However, artists can also make money from telcos, by providing content to be used for caller ringback tones

[12], although the return on these is often low.

At the time of writing, artists were paid about 10 000 naira ($27) to perform at concerts and ceremonies. For church events, artists are paid about 3 000 naira per worship session. These events also provide a platform for local artists to perform before large audiences, often sharing the bill with more established names.

In Kaduna, the Afrinet Blue Breeze Centre was established by its founders to “project their drive and passion for entertainment” in the city. In August 2017, the Afrinet24 group organised the maiden edition of Kaduna Mega Jams at the centre because of the venue’s central location. The founders ultimately hope to use music events to unite the divided regions of Kaduna North and South

[13]. Also in August 2017, the centre also hosted Jeremiah Gyang in a concert, the first of a planned series of monthly events that bring musicians from across Nigeria to Kaduna and introduce younger artists to higher standards of professionalism

[14].Finally, award platforms like the Kaduna Entertainment Awards (KEAs), sponsored and organised by Kelvin Ayok Adams, also present an opportunity for regional artists to gain national exposure. The KEAs provide validation for the work of Northern Nigerian musicians and publicise the region as a whole. Past KEA winners – such as ClassiQ, Morell and Boc – have gone on to enjoy significant success

Disclaimer: Music In Africa’s Overviews provide broad information about the music scenes in African countries. Music In Africa understands that the information in some of these texts could become outdated with time. If you would like to provide updated information or corrections to any of our Overview texts, please contact us at info@musicinafrica.net.