A Great Day in Harlem recreated by Apple photo in Accra

American multinational company Apple has commissioned a series of portraits of hiplife musicians. 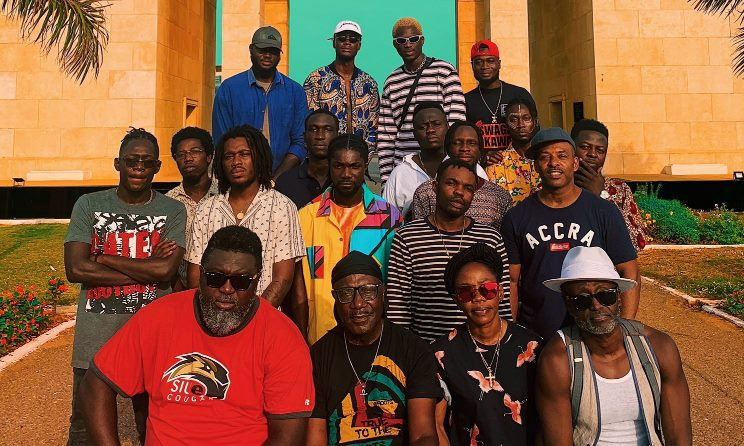 The photo series covers generations of artists in the popular Ghanaian genre and was taken by the visual artist Prince Gyasi.

Photos and interviews of the artists were also featured in a five-minute video shared by Apple on social media.  “I wanted to unite all these artists together to photograph this iconic moment and let people know about the genre called hiplife,” Gyasi said.

Many of the artists give their own perspective on the genre. “Whatever we are experiencing now is a continuation of what I started,” Ambolley said, staking his claim to the genre as he has done in the past.

The centrepiece of the series is a photo of many hiplife acts titled A Great Day in Accra, a recreation of the iconic 1958 photo of 57 jazz musicians tagged A Great Day in Harlem, The American original was shot by Art Kane and appeared in Esquire’s 1959 Golden Age of Jazz edition. It featured such luminaries as Dizzy Gillespie, Art Blakey, Thelonius Monk, Coleman Hawkins, Lester Young, Charles Mingus, Gerry Mulligan and Count Basie.

Alongside a video of the shoot, Apple shared a playlist of hiplife tunes featuring R2Bees, Sarkodie, Bollie, Tic Tac, Joe Mettle and others.

“As a creative, it’s important for me to have the freedom to tell the truth through my art. I was happy to shoot my series, A Great Day in Accra, here in Independence Square, where Martin Luther King Jr watched Kwame Nkrumah declare Ghana’s freedom back in 1957,” Gyasi said.

“By reuniting and photographing both old and new hiplife artists, I’m letting the rest of the world know about the genre’s impact in Ghana and beyond. People need to hear about the culture, the source of our rhythm, our music, what influences our arts. It’s our history from our perspective. I want to make sure the new generation doesn’t lose their identity or forget about the pioneers who paved the way for them to lift their own voices.”

“This is like the greatest time to be an artist in Ghana,” Kirani Ayat said.